Dana Verkouteren has more than 30 years capturing the most renowned cases in our courtrooms in the Washington, DC area.

She creates stunning likenesses, capturing the key events in her Supreme Court sketches with speed, reliability, and professional attitude. Her work has appeared on all the major television networks and graces the walls of many law offices. 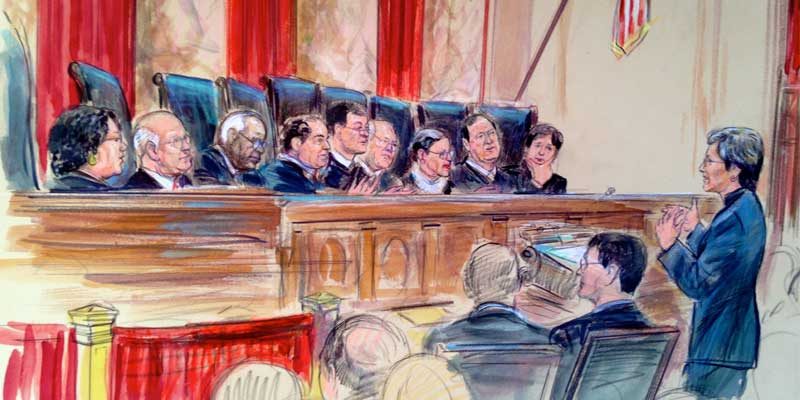 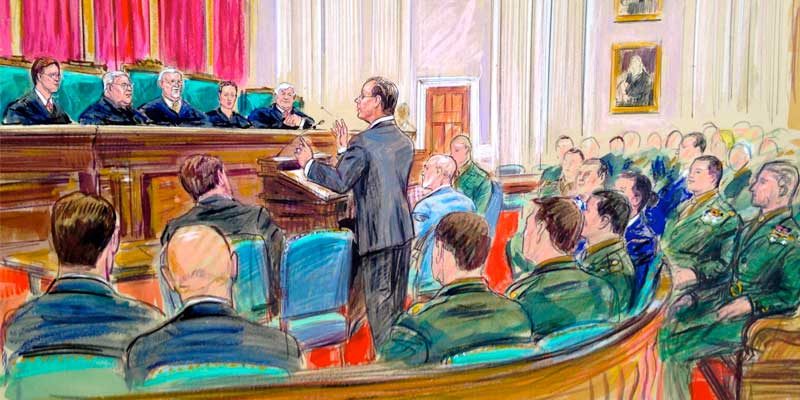 This case was heard in 2006. Anna Nicole Smith (whose legal name was Vickie Lynn Marshall) was fighting to claim her part of her late husband’s estate against the deceased oil tycoon’s son, E. Pierce Marshall. Anna Nicole looked striking and aglow sitting there in the audience, so much alive. I tried to look beyond her features, her hype, to capture that quality; that strange compelling essence she had. 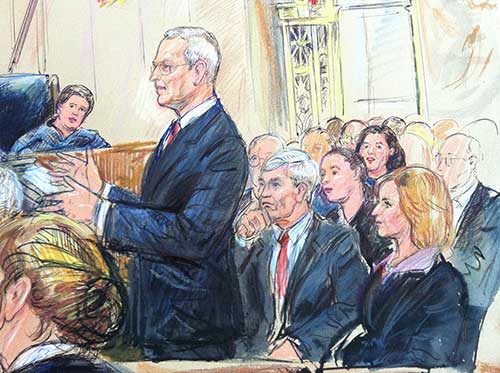 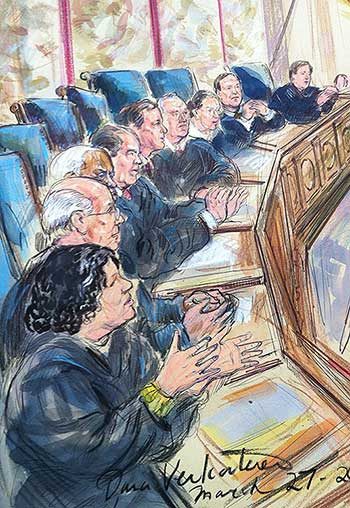 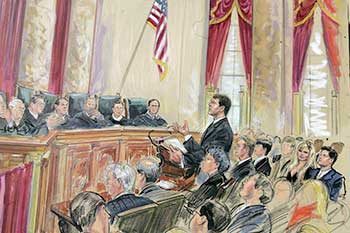 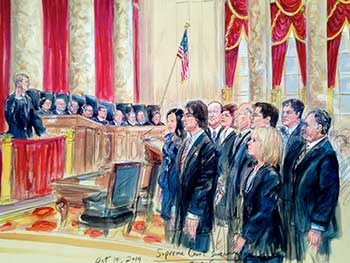 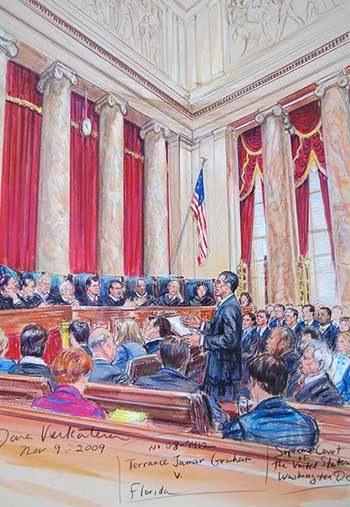 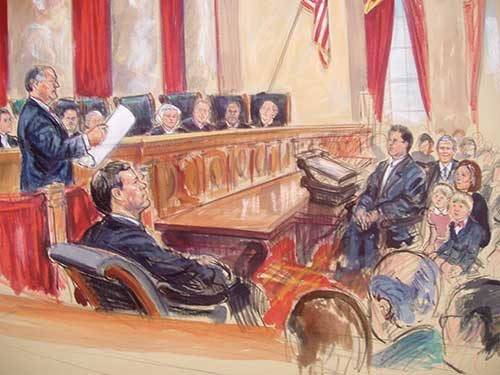 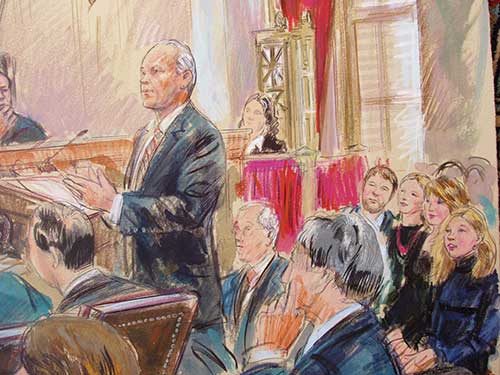